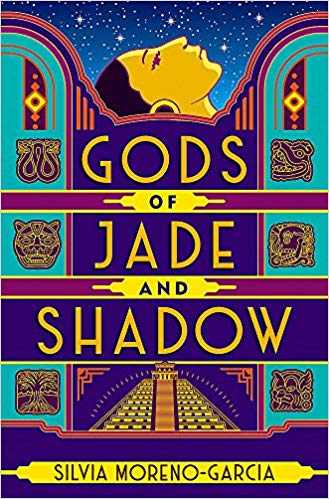 To celebrate the upcoming publication of her vivid, wildly imaginative historical fantasy, Gods of Jade and Shadow (out 23rd July), Silvia Moreno-Garcia discusses 1920s post-revolution Mexico, which forms the background of the novel and Casiopea’s journey.

In the 1920s, Mexico was coming out of a decade-long Revolution. The nation was eager to put the previous battles behind it and focus on reconstruction. Unfortunately, almost as soon as Mexicans started breathing a sigh of relief, a new type of conflict flared up.

The government of the post-Revolution was secular and the new Constitution sought to restrict the power of the Catholic Church, which had long had an enormous influence on daily life. Soon, skirmishes between rival factions took place in the countryside and within a few months the Cristero War started in earnest. Civil unrest, however, was somewhat contained to certain regions, such as Jalisco.

But another, different type of battle was being fought throughout the country, especially in Mexico City.

Mexico, as part of its nation-building process, sought to exalt its past, fixating on Mayan and Aztec cultures as symbols of its former glory. However, it also made clear that Indigenous people existed only in that mythical past: the Indigenous people of the present must be assimilated or destroyed. “Indian” was a pejorative term, though light-skinned Mexicans such as dancer and writer Nellie Campobello could and would dress in full “Indigenous” costumes. But it was that: a costume, a performance, and the women who costumed themselves in this manner didn’t necessarily have a connection with any Indigenous groups.

At the same time, Mexico wished to be seen as a modern nation. But some of the symbols of modernity, which were displayed in other nations, clashed with local values. One of the elements of contention was the role and appearance of women. In the United States, a new model of womanhood was emerging with the rise of the flapper. Women could now be brash, outspoken, wear their hair short and use makeup.

In Mexico, acting this way could get you in trouble. Not only could it be considered “un-Mexican” to look like a flapper – though, as mentioned above, you didn’t want to be dark and look Indigenous, either – but a fashion choice such as bobbing your hair was a serious affront. Girls could be chased down Mexico City’s streets because of their bobbed hair. Stones were thrown at them and they were insulted with cries of “pelonas” (bald). The archbishop of Mexico City even threatened to ban women with short hair from the cathedral. To have short hair meant that women made themselves unattractive but paradoxically it could also be a symbol of loose morals.

By the late 1920s short hair was common among many women, especially young unmarried ones. Nevertheless, such a fashion choice was not open to all: Indigenous and poor women were dissuaded from cutting their locks. Short hair was fine, but only for the paler inhabitants of the country.

Other conventions were harder to break. Young, unmarried women of the middle and upper classes could not expect to attend social functions without a chaperone. As urban spaces such as movie theaters and dance halls allowed men and women to mingle together, this tradition began to break down even if it did not entirely disappear, especially in small towns.

Gods of Jade and Shadow takes place against this background of conflicting impulses, of the pull between tradition and the lure of the Jazz Age. The frenetic question of identity which was inherent in Mexican culture at this time is a question echoed by the protagonist, Casiopea Tun.